Tourism in the Basque Country: A wave which may drown us 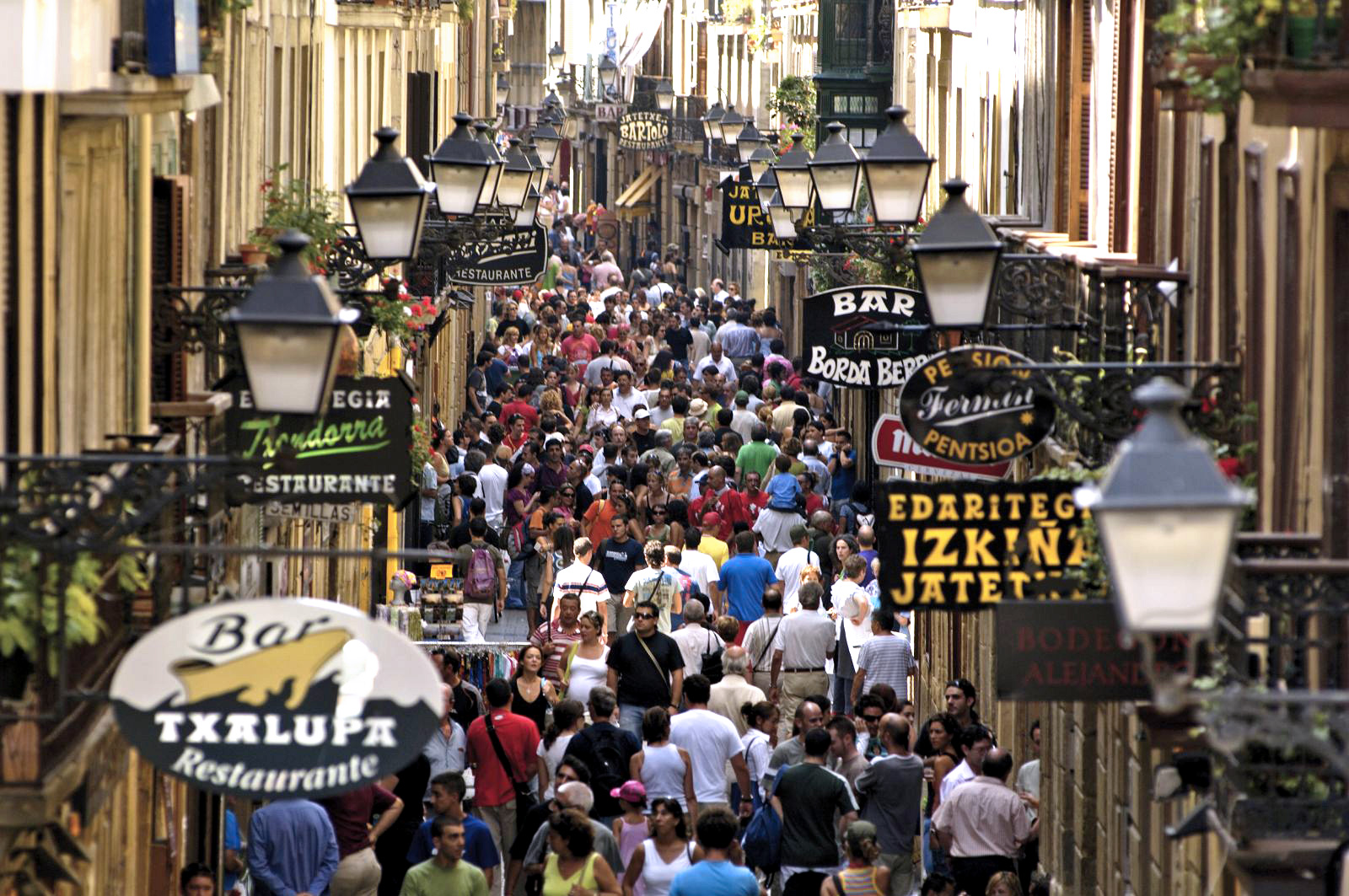 Mass tourism, gentrification, tourist apartments, neighbours forced to move out of their homes, districts which simply become tourist parks… Cities such as Venice and Barcelona come to mind when we hear about things like that. And then we look towards them with concern, trying to foresee the waves which may break over us too. But there is no need to look so far for examples of this. You just have to look at the coast of Lapurdi, Northern Basque Country.

So we are not talking about new concerns and worries. But this has increased considerably over recent years, particularly in Bilbao, Donostia and on the coast.

4,500,000 people visited the Basque Country in 2015, and that was an increase of 8%, according to data provided by Gaindegia. Last summer there was a 9.6% increase on that figure in the Basque Autonomous Community. This upward tendency affects more than just our streets, beaches and public spaces. The numbers back this up.

Several alarms bells have gone off and concern about the consequences of mass tourism (which just a few people have had until now) has grown. There are more and more debates and opinion pieces about the subject, and local initiatives have also started to address tourism. The search for measures of protection and solutions has started little by little in different places. But we have already become familiar with some sentences which are critical of tourism.

Over the next few lines we are going to try to examine the other side of those sentences, which are increasingly questionable. In order to do so, and to avoid giving the subject an excessively abstract image, one young person's words will guide us.

"You're a tourist yourself"

When we have money and time, most of us like to get away and spend some time away from our usual surroundings. Then, remembering that we, too, are tourists, many of us find it hard to say anything against tourism.

But to what extent are those contradictions incompatible with speaking out against the harmful effects of tourism? We'd be in a fine state if everybody with sexist attitudes had to support sexism. We wouldn't be able to take part in initiatives against the incinerator without checking that we do absolutely everything we can to recycle our waste products. That's the point. Another issue is whether receiving tourists will lead us to questioning how we behave as tourists ourselves. It almost certainly will.

"My parents have a small shop, and I don't think the increase in tourism has brought them any increase in business. LiDL fills up every day, but small shops don't sell any more than before."

Iraitz is from the Old Town of Donostia –he prefers not to give his real name– and says that local people are beginning to see tourists in a different light. He thinks that this concern –which has been personal and unspecified until now– is beginning to become more organized. He remembers a banner put up a couple of years ago as a sign of that change: "Tourist Go Home" was the message on it. Many people think that pointing tourists out like that, directly, is going too far, but people are more and more fed up with the situation, and they're beginning to understand what's behind the sentence."

He admits, however, that it is a delicate subject, and that we find it easier to set forth our position about other issues: "We all agree about sexist attacks. But things aren't so clear with tourism: No tourism? No mass tourism? No to certain types of tourism?" In any case, he does think that local people are increasingly clear that a limit has to be set: "The discussion is where to put the limit, whether we have already overstepped it, or not yet. I think we went over it long ago. We just have to see how it has affected us in so many ways: the type of city we have, housing…"

Clink, clink… The sound of money. This is most common argument in favour of tourism: "And what about all the money the people who come here bring with them?" There is no denying that the people who visit different parts of the Basque Country pay for their beds, eating and drinking, and that inevitably leads to considerable economic activity. According to Gaindeagia's 2015 research, there were 3,200 establishments in the sector, and 14,000 jobs altogether (9,000 of which were in the northern Basque Country). It accounts for 6% of the southern Basque Country's GDP.

With the noticeable increase in figures, it now accounts for 18,000 jobs in Donostia according to Socialist city councillor Ernesto Gasco. Although all employees in hostelry and small shops have been included in that figure. The tendency to link those jobs with the creation of wealth is just as questionable as the system of measurement itself.

In fact, the situations of many people employed in such jobs are far from enviable: they have short-term, unstable contracts, get paid cash-in-hand, work at night and at weekends… In 2016 LAB reported that 80% of employees in the service sector were in precarious situations, and that percentage does not seem to have diminished since then.

Although he does not have the data, Iraitz believes that the so-often mentioned money is kept by just a few people: "I would like to know how many people own all the bars and hostels in the old part of town, how many groups of investors and similar people are behind them all… My parents have a small shop, and I don't think the increase in tourism has brought them any increase in business. LiDL fills up every day, but small shops don't sell any more than before." It is no more daring than what the title states: tourism creates precarious jobs and so, while a few people get rich, it also creates a precarious situation.

"It improves the surroundings"

Apparently, part of the money which tourists spend reaches the public authorities and, with that money, they improve local infrastructure and services. Many people believe that, and it must be true to the extent to which town councils pay special attention to tourist areas. But who are those changes made for? What do those areas become?

Iraitz himself is highly critical of the way tourism affects the city. They have gone from thinking themselves lucky to live in a pleasant place in the city to thinking the opposite: "It's great if you like going out and eating pintxos, but otherwise? We don't have a culture centre, and there's increasingly little public space…" He is a member of the district leisure committee and thinks the lack of resources for the district is a disgrace.  "We work with 200 or 300 children throughout the year, and with the greatest care, but we have to store the things we use in a place in Intxaurrondo or in our own houses. Although they long ago asked the city council for a small storage area, they have not yet been given one. Having no other option, they use the streets for carrying out their activities. But they often face obstacles to do that too, tourists getting in the way or taking photos of them. "Recently we had to stop a debate we were holding in Trinity Square because a large group of tourists arrived, with a microphone and everything, and started dividing up into smaller groups"

There are also more and more shops which have been opened for and because of tourists, not taking local people's needs into account. "In a place where they used to repair shoes, now they sell photos of Donostia; and where they used to sell fruit, now there is only beer".

"It is collaborative economy"

Nowadays there are few people who have not heard of Airbnb, but here is a description of it, just in case: On the one hand, it is a platform which helps you rent out a house or a bedroom, or to offer your own there. Although it was set up in line with the collaborative economy philosophy, their founders have earned 11,000 million dollars in the last eight years, as Lukas Barandiaran reminded us in his excellent report in ARGIA. Why? For one thing, each time a house is rented out something goes to the platform; for another, the website has become a worldwide point of reference, even offering more beds and rooms than the hotels in some cities.

Providing each other with houses and bedrooms at a cheaper price seems an agreeable idea, but the data shows that the reality is quite different. In Donostia, Airbnb offers 4,553 places (with 1,484 in Bilbao and 361 in Gasteiz) according to research carried out by Hirikilabs and Montera34. But just 10 users manage a quarter (24.6%) of those Airbnb rentals, while the top 50 users manage 43% of the beds. To that extent, its connection with "collaborative economy" can be questioned, with just a few companies using it as a tool for getting rich. Furthermore, there are many who do not comply with tourist apartment norms.

But looking at the consequences is more urgent than defining the platform. In the most tourist-orientated cities there are more and more houses which are only rented out by companies and individuals to tourists and not to local people. Inevitably, that restricts the number of usual rentals and leads to considerable price increases. Donostia was already the most expensive city in the state, but in a single year the average price of renting went up by 17%. Iraitz says that living in the old part of town is now almost impossible. "Either you have the luck to have a house provided by your family, or you don't have a chance. Furthermore, even in the best cases you only have the house for ten months a year, with many owners renting their properties out to tourists in the summer to get extra money. That tendency is slowly but ceaselessly pushing young people out.

"You can't do anything"

This sentence above is the neoliberal variant of "You too are a tourist". "What do you want us to do? If the place is attractive, and if people want to come here are buy houses, we can't do anything to stop that happening." That would have it that anything local initiatives may do will be completely useless, but if, on the other hand, things are left to public authorities, that is too interventionist. There is no need to look abroad in order to see that, but if you do, things are only too clear: the most tourist-orientated international cities are taking measures against mass tourism.

A few examples. Although Airbnb was founded in San Francisco, after considerable debate a single person is no longer allowed to offer more than a single house. After examining the whole city, opening new apartments or hotels has been forbidden in some parts of Barcelona. In Berlin, on the other hand, the city council has to give special permission for any tourist apartment to be opened, and anybody who does not can be fined 100,000 Euros. There are other examples of this: London, Madrid, Amsterdam… All of them are taking measures to reduce the impact of tourism.

Eneko Goia, the Mayor of Donostia, after spending many years promoting the city, has stated that the city must be examined from local people's points of view and managed in a sustainable way. It seems that several measures are about to be taken, dividing the city by zones and fixing norms based on each situation. Iraitz, however, is not expecting too much. "Trusting the institutions, and believing they will set the limits, is risky. There is talk about taking some measures of control because they know that something is happening, something is about to blow up. If we want the institutions to take measures, we have to carry on working." 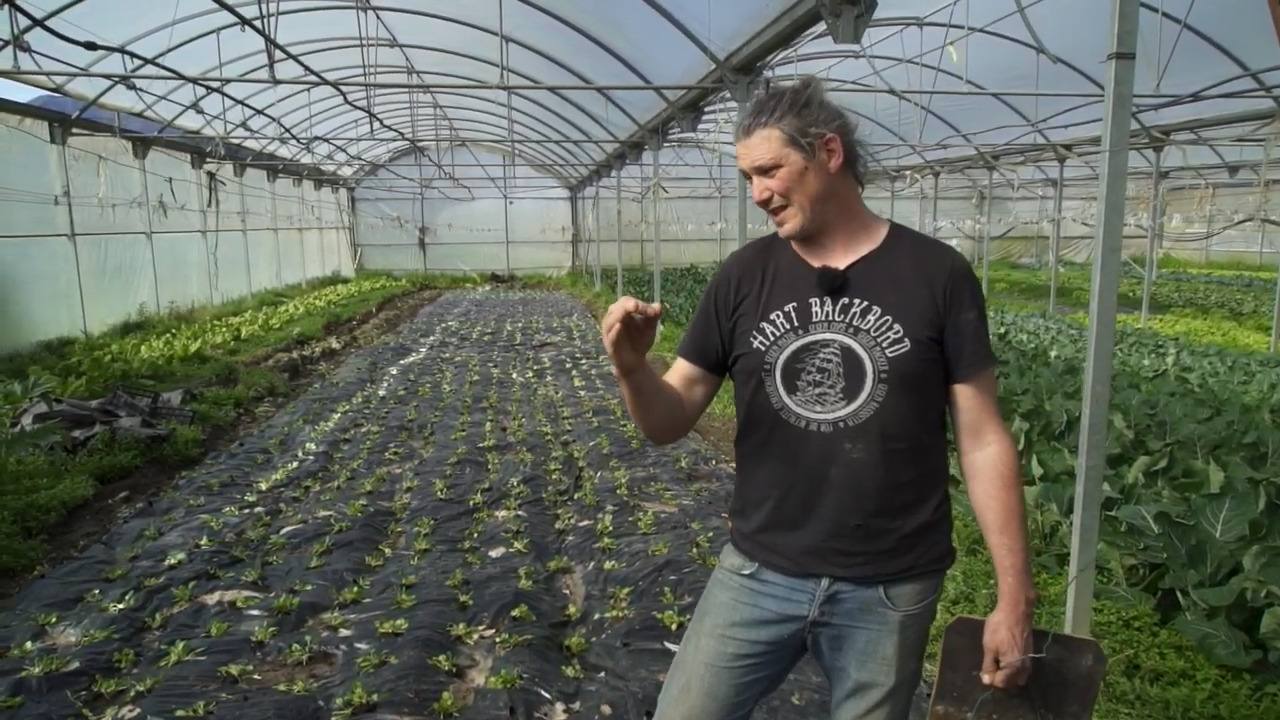 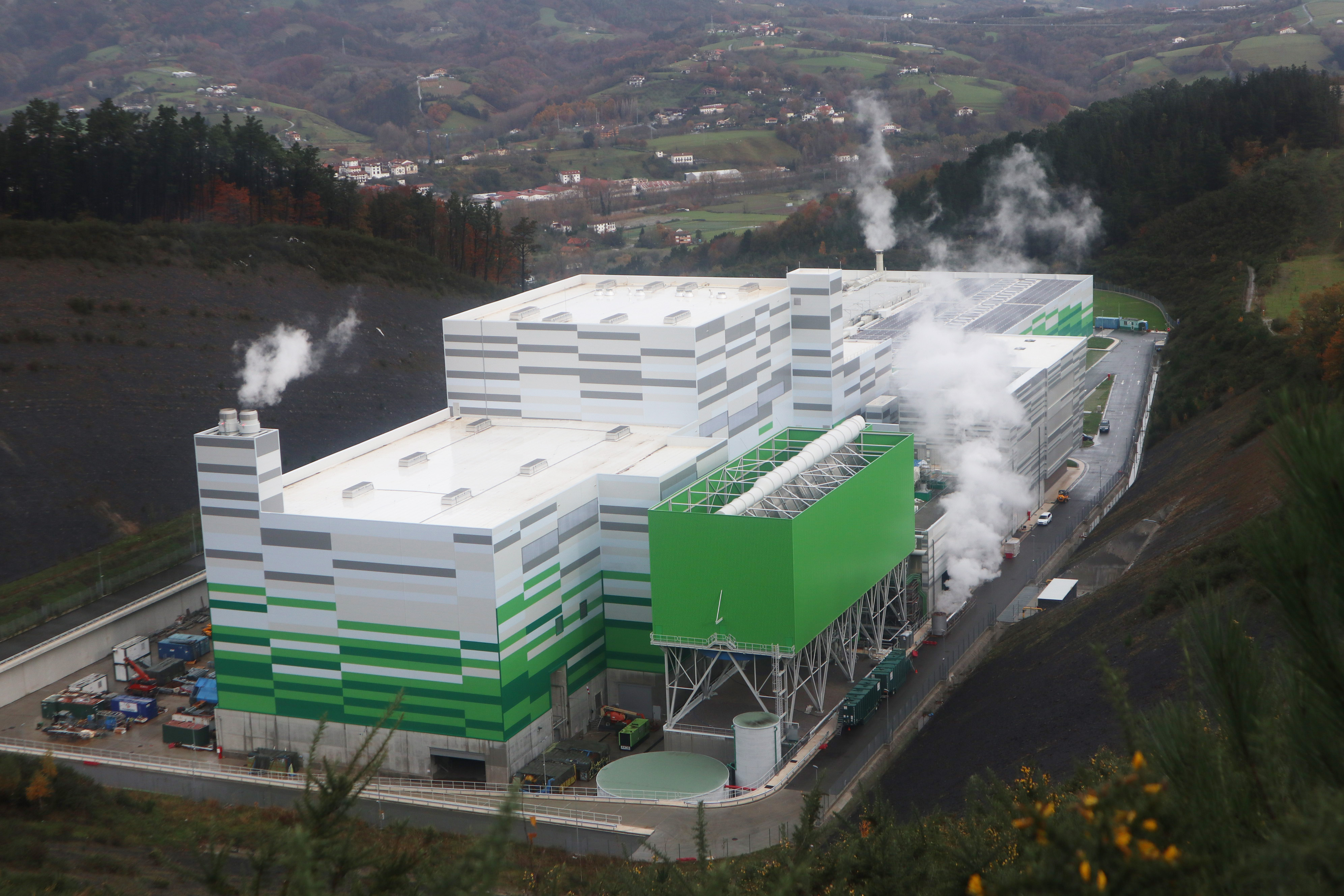 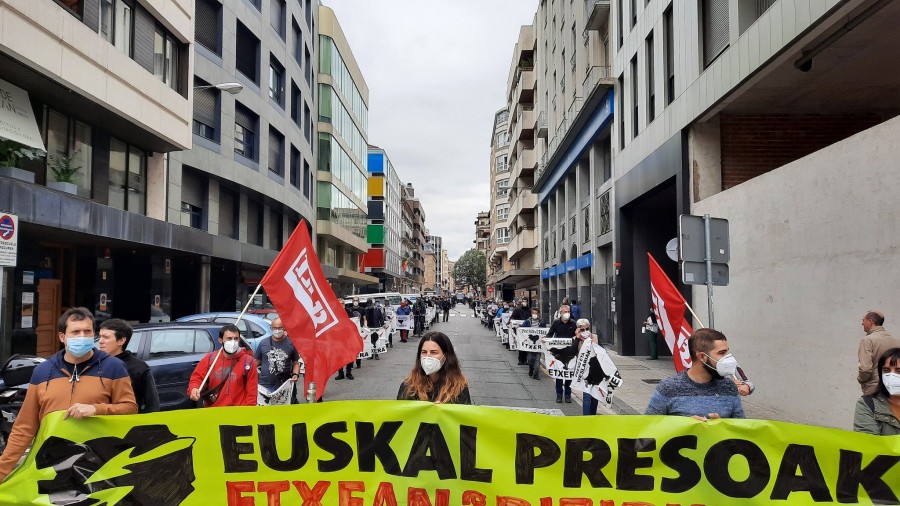 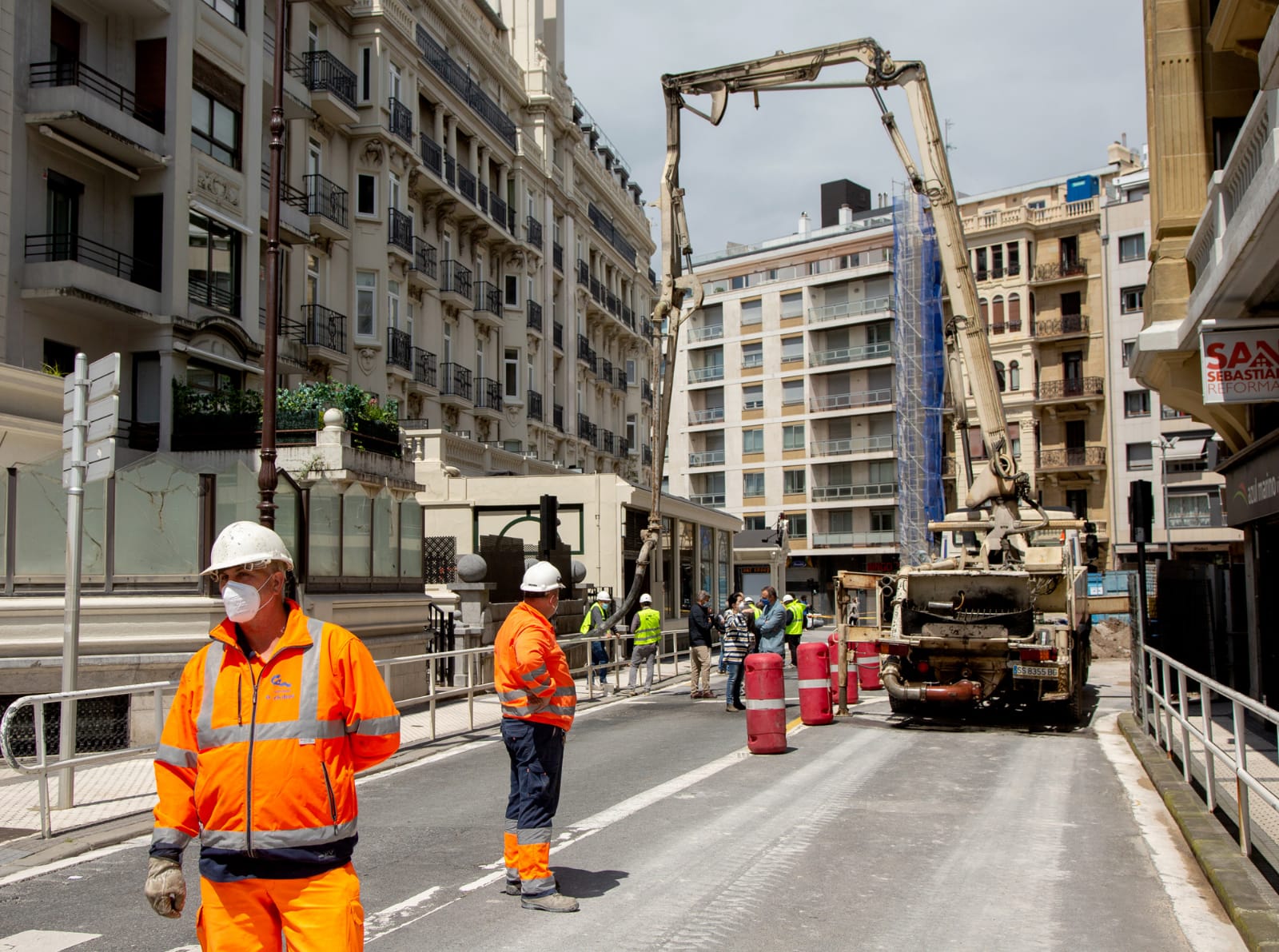 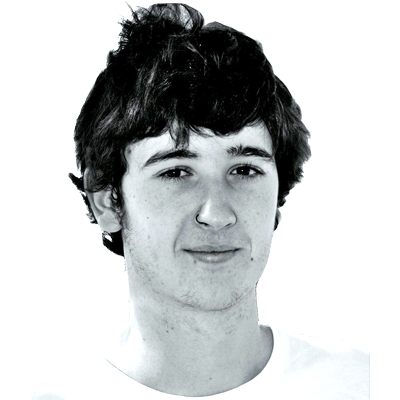