The future of the Basque economy: labor power or tech parasites

Inequality has sky-rocketed since 2008. One of the perverse consequences of inequality is that if the richest among us simply leave their money in a bank account it will lose value due to inflation. Therefore, as they become richer they must throw that money at something, anything that might make a financial return. Much like handing out loans like candy to dictators in the 1980’s, or their speculation in worthless debt that led to the 2008 crisis, today Wall Street is desperate for somewhere to put its money.

With fewer “good” investments to be made after the 2008 crisis, investors have gone crazy giving millions to young, white men with a little coding experience. Massive losses are meaningless since one of these companies may become the next Facebook.

The most “successful” of these companies are called unicorns, a group defined by reaching a $1 billion valuation. The landscape of these companies includes WeWork – recently almost completely collapsed after having to publicize their financial data, Uber – who arguably has no real value whatsoever, and SpaceX – a company focused on for-profit space travel. Just tech unicorns together are “worth” over $1 trillion.

The confounding thing about speculative bubbles is that they are fueled by belief, not reality. This makes predicting when they might burst a tricky endeavor. However, economic history tells us that a small problem in one part of the world, in one part of the economy, can create a domino effect with far-reaching consequences.

Today, investors are becoming suspicious of these profitless unicorns after Uber and WeWork lost over $50 billion in value in a matter of weeks. Globally, growth is slowing and shows no signs of improvement. Countries like China, Italy, the USA, and many others are entering recessions or show signs of severe weakness. Trade wars are ongoing all over the world. Yet, at the same time the stock markets are at historic levels, apparently unconcerned.

Based on this, while no one knows when a bubble-fueled recession will hit, many economists are convinced it will be soon.

There is no Basque Bubble

So far, these companies have a limited impact on Basque Country. Uber’s car services are rare, no one has ever heard of WeWork, and there are precious few Basque tech start-ups. The proliferation of online Amazon purchases, some Airbnb listings, and a some food delivery is the extent of their influence.

But while the Basque economy is removed from Silicon Valley, it is not unconnected, and there are reasons to be concerned. Most importantly, the services sector has been growing as a proportion of the Basque economy for the last twenty years. Since the early 90’s, services have grown to make up more than 70% of economic activity. At the same time, industrial production has become less and less important.

If we look again at the country where these changes are originating, the USA, there is a clear statistical correlation between the death of manufacturing – from around 25.5% of the economy in 1947 to around 12% in 2014 – and the dramatic increase in economic inequality.

It appears that the services industry is particularly predisposed to the concentration of wealth among the already wealthy. Indeed, many credit the strong manufacturing industry, coupled with a strong tradition of worker power and cooperative business as the main reason why Basque Country has maintained such a high quality of life. Today, as Basque start-ups begin to pop up around the region, as international tech companies make headway, and as tourism is newly considered practical, the makeup of the economy is starting to change.

Tourism is a perfect example: an industry in which advancement is almost impossible, and the vast majority of jobs are unskilled but also the lowest paid. It is an industry that is incredibly sensitive to economic uncertainty and local conditions, and is characterized by a lack of unions and high turnover. It is an industry with few mid-level jobs – a few business owners are paid exorbitantly and everyone else makes minimum wage. In other words, the exact opposite of the manufacturing sector. Unfortunately, tourism has been growing much faster than the overall Basque economy.

In short, we may be able to expect a global recession due to any of a dozen worrying indicators. When a recession comes or when the tech bubble bursts in isolation we will see the true impact of these changes. We will see many of these companies stop operating, and perhaps relish in their demise. However, much like the aftermath of the tech boom in 2001, a recession means two types of danger:

Firstly, that the large companies that are sustained by venture capital and have remade entire industries to be as exploitative as possible can collapse and leave behind an even worse and more chaotic situation, at least temporarily. This has already happened in places like India, where a hotel start-up called Oyo convinced hotel owners to work exclusively with their platform, forcing them to invest substantially in renovating their buildings. Once the company had gained these exclusivity agreements, the increase in hotel clients never appeared and many hotel owners had to close their businesses due to their debts. The Indian hotel federation now considers Oyo “a scam” and can do little more than watch as the local hotel industry collapses, taking with it hundreds of mid-level, decent paying jobs. Oyo is owned by the same investment bank that has invested heavily in Uber, WeWork, and has considered investing in Glovo.

Secondly, the companies that survive will be able to even further consolidate their grip on the infrastructure of our economy and our lives. Glovo may disappear in such a moment, but Amazon may step in to take its place with a more exploitative, more profitable strategy, just like Google did in the USA. In 2001, during the collapse of the first tech bubble, there were dozens of search engines that only served ads based on the search query. With the stock market crashing and tech companies collapsing, Google ditched their “don’t be evil” slogan. They became the first search engine to track users around the internet, allowing them to sell much more expensive ads tailored to each individual. This was the beginning of the modern Internet's evolution into a world-wide surveillance machine, and now Google is one of the most profitable and morally questionable companies in the world.

These companies may well spark a recession, or some other domino in the global economy could begin a crisis that would hit the tech industry as well. But if recent history is any teacher then we will also ask them to be the solution to such a crisis. Just like in my distant homeland of the United States, the solution they offer will remake our society and economy, putting a hip, technological veneer on the age-old predatory practices of monopoly, precarity, and exploitation.

When Amazon offers cheaper goods than a local store, what they are really offering is a new gilded age. When a new Basque start-up pitches a trendy new service with edgy marketing and a sleek phone application, what they are offering is a set of social values that will turn urban centers into dystopian landscapes of billionaires and homeless encampments where the only job opportunities are “gigs” that don’t pay a living wage. Both offer the destruction of the incredible economic and social egalitarianism that exists in Basque Country, disguised in expensive advertisements and lower prices for consumers. It is nothing more than a bait and switch in which our entire lives are put on the line.

When the next recession comes we must not look to the siren call of Silicon Valley for a solution, but towards what has kept the Basque economy egalitarian for decades: cooperativism and labor power. 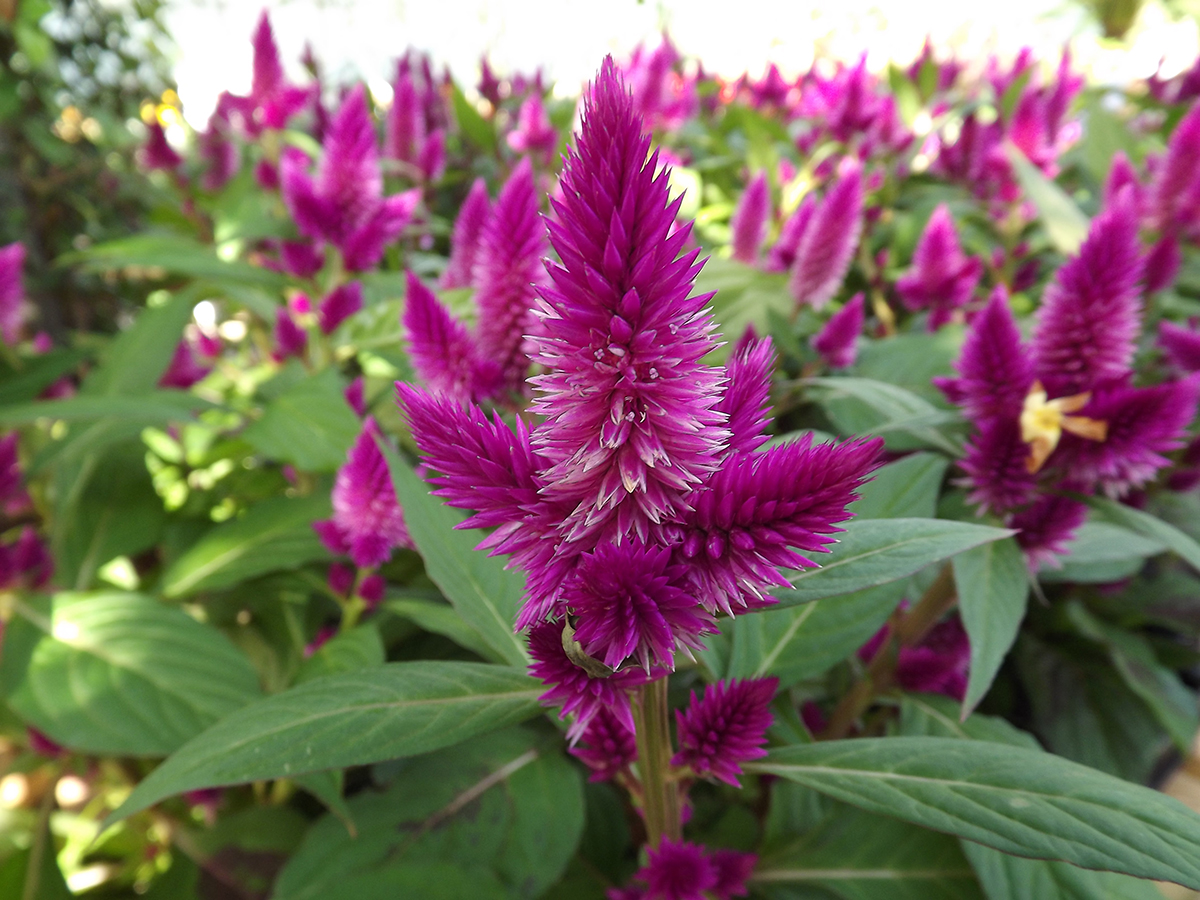 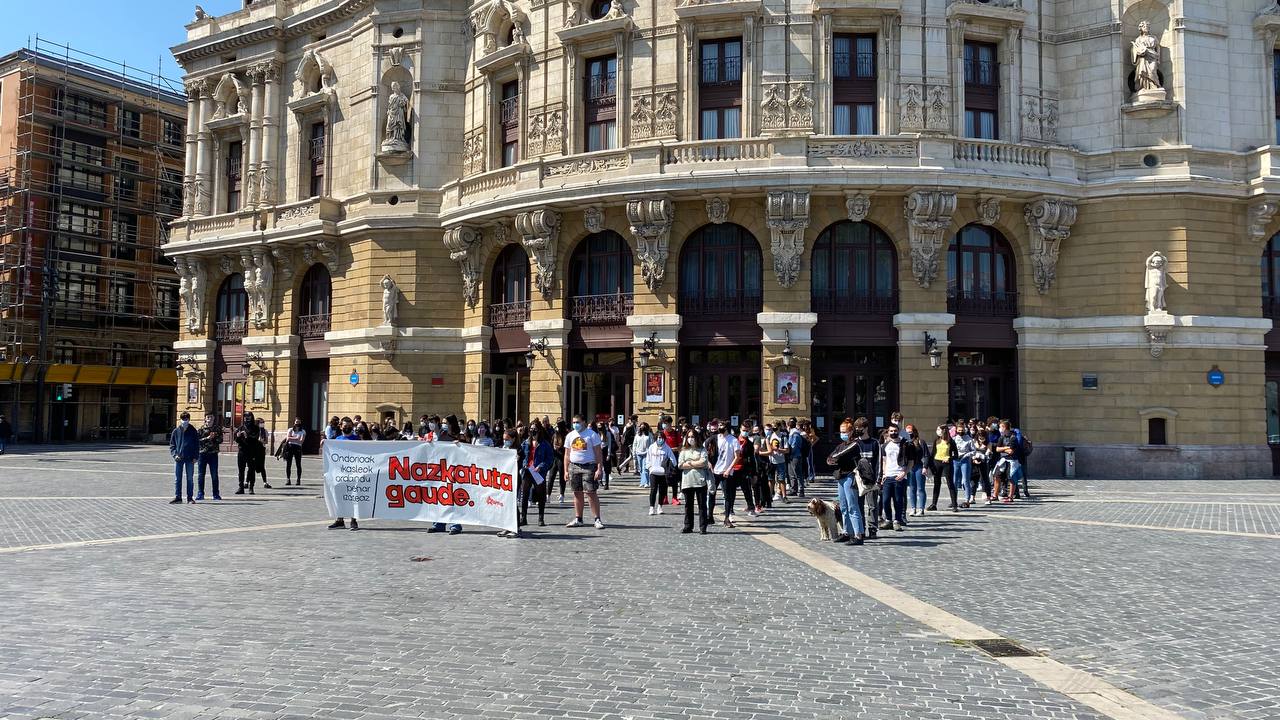 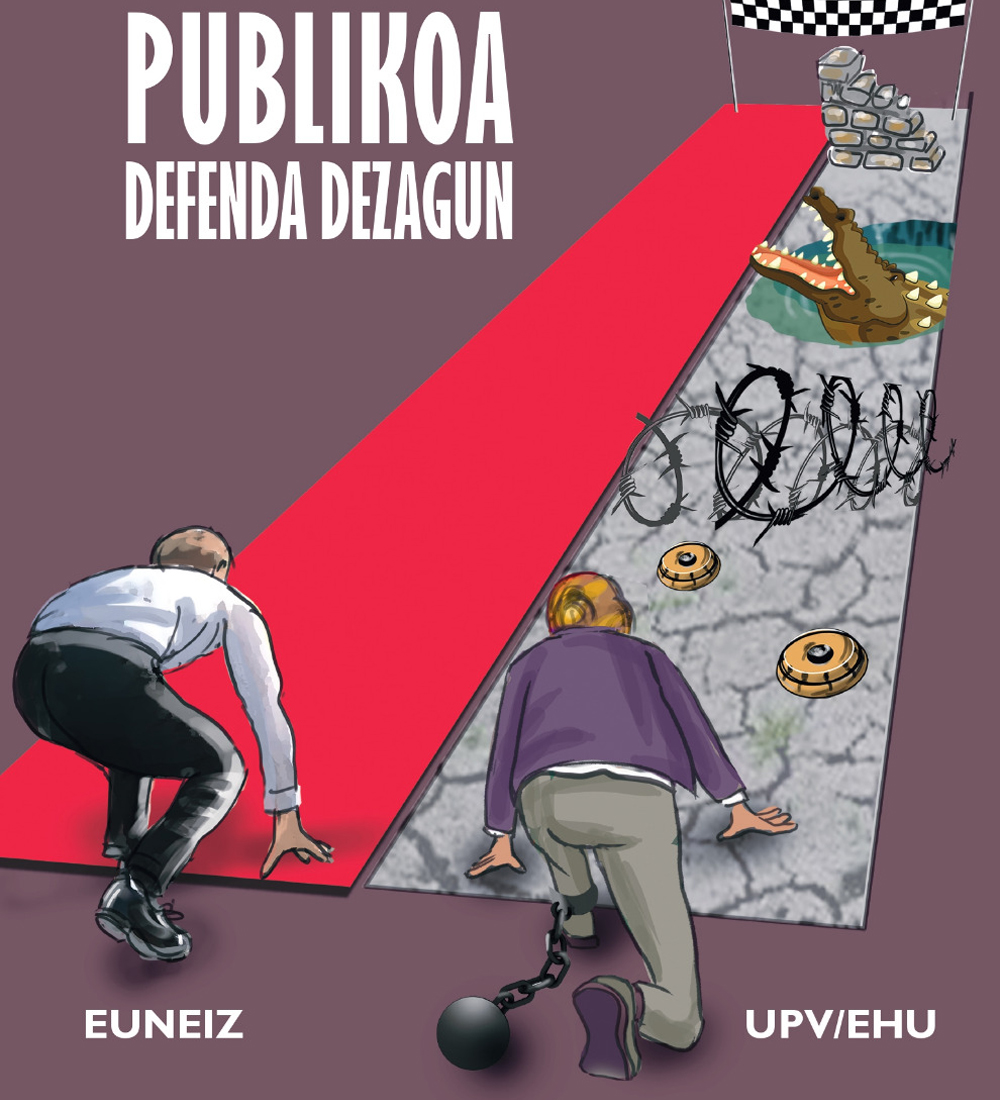