Glovo and its Riders - An Unbalanced Relationship 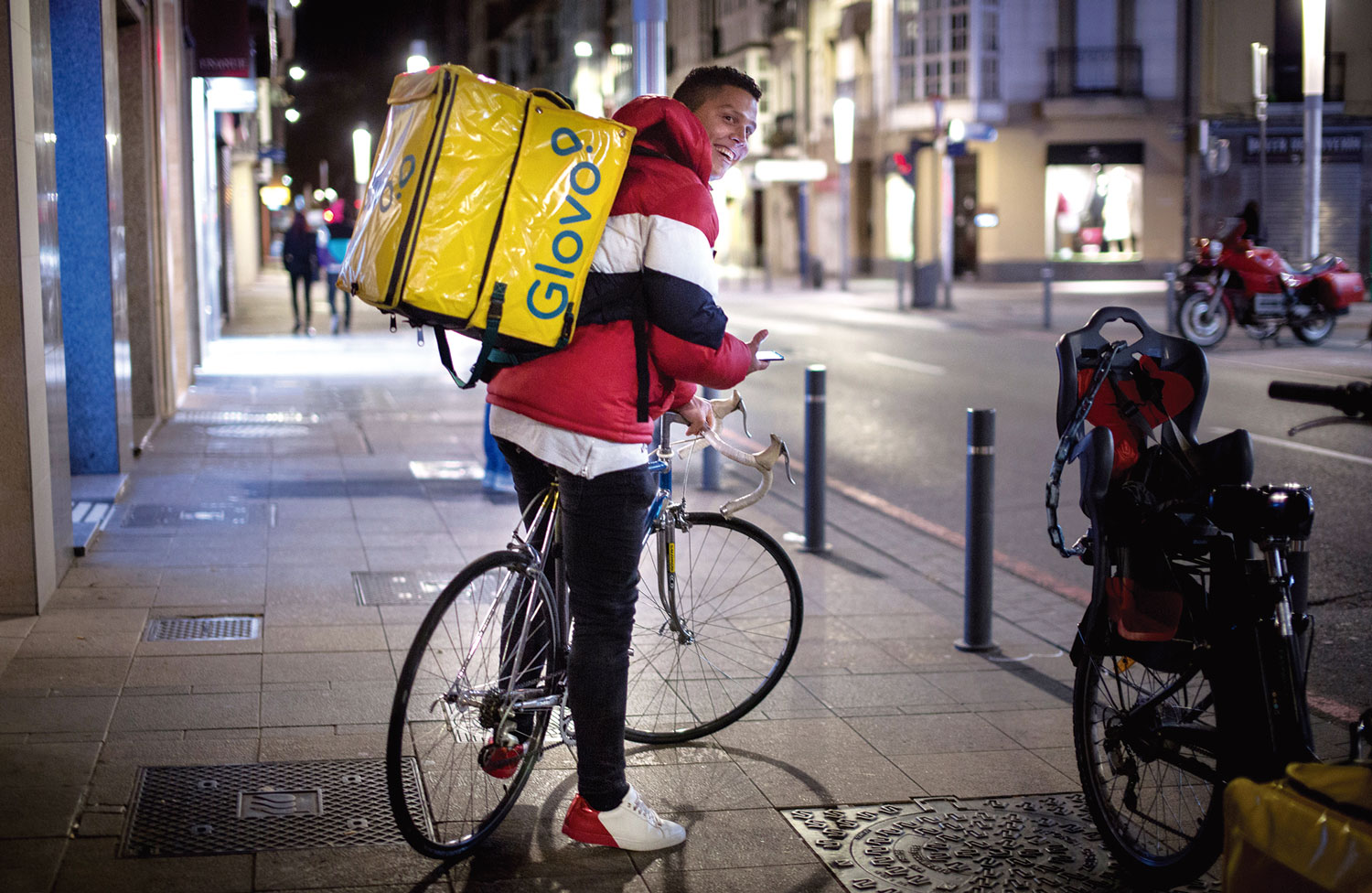 Whenever I tell people I worked for Glovo, their first question is always, “How does it pay?”

It turns out this fundamental question is not easy to answer.  The complexity lies not just with Glovo’s specific relationship to its workers, but in a nuanced understanding of the concept of wages.

In a traditional job, a worker receives a regular paycheck based on the hours they worked.  Out of this sum, costs must be subtracted, such as supplies, or gas for their commute.

Overall, over three months these expenses cost me about 476,02€, of which 85,71 was deducted from my taxes as an autonomous worker

This is not how it works with Glovo. After working with the company for three months, it is clear that hidden costs paid by the riders are a key element of the business. My decent-quality city bike was falling apart after the first month: I’d had a half-dozen flats, both the back and front derailers were in various stages of mechanical haywire, and most importantly the wheels were constantly getting bent out of shape which meant that my brakes had to be constantly loosened to the point of putting myself at risk of an accident. In the end, I had to buy a new bicycle. I also had to buy tire repair kits, lights and batteries, rainproof clothing, and was regularly spending time making repairs. Overall, over three months these expenses cost me about 476,02€, of which 85,71 was deducted from my taxes as an autonomous worker. If I hadn’t had a high level of experience in bike repair, it would have certainly cost hundreds more. As one Glovo rider explained, “They have to understand, working for Glovo is expensive.”

But I’d had it easy, since a bicycle is significantly cheaper than what many riders use: a motorcycle. Using a motorcycle means paying for gasoline, an insurance policy, much more expensive maintenance, and of course the depreciation of your expensive vehicle.

While most riders will see their final paycheck at the end of each two-week period and understand this as “how much they have earned”, the truth is more complicated

While most riders will see their final paycheck at the end of each two-week period and understand this as “how much they have earned”, the truth is more complicated. After my article Glovalizationn was first published, I received a number of comments and emails citing Glovo’s publicity that riders can make over 1.000€ a month, even some from former Glovo riders saying they made as much as 2.000€ a month. There is even an profile of a Glovo rider by the La Razon newspaper which flatteringly portrays being paid 1.300€ a month while working six-hour days.

If this were true, Glovo would indeed be an attractive place to work.  But these statements are essentially lies, either an intentional or irresponsibe conflating of income with profits. These stories don’t take into account any of the costs associated with the job. They are simply looking at the simple number on a paycheck.

To get a clear picture of the real situation for workers in this newly gigified industry, one must speak to a comprehensive number of Glovo riders, and subtract the hidden costs from their on-paper wage. Fortunately, I did just that. At the end of the day, after speaking with dozens of riders, their average wage was 5.33€ an hour.

At the end of the day, after speaking with dozens of riders, their average wage was 5.33€ an hour

This fits in perfectly with my own experience. Even when I discount the period it took for me to become efficient at the job, and include only my most efficient weeks on the job, and even when I conservatively estimate that I was working an average of 40 hours a week when in fact I regularly exceeded this, I find that I took home 5.19€ an hour.

Now, you may be asking, why would anyone do this job for a salary this low? Why not do literally anything else?

In my interviews, the best answer I was given was a simple, “there is nothing else.” A huge proportion of riders for Glovo are immigrants who have spent as much as three years without a steady job beforehand. A large proportion of this group cannot work legally in the country and are using other people’s profiles and contract worker papers, taking advantage of the lax oversight on the part of Glovo to find a chance to work1. Making up

This was the situation of the rider who was hit by a municipal cleaning vehicle and killed in Barcelona in late May: A desperate immigrant seeking work anywhere they could find it

what appears to be 50-70% of the riders, these people simply have few, if any, other options. This was the situation of the rider who was hit by a municipal cleaning vehicle and killed in Barcelona in late May: A desperate immigrant seeking work anywhere they could find it.

Another profile is the student. This is what Glovo hopes you imagine when you think of the company. Happy and energetic youths who work with Glovo part-time. In my experience these are around 30% of the workforce. Even these workers are not content with the situation, telling me that “you have to work from Sunday to Sunday” to make ends meet, and that the promises of freedom and autonomy are lies: “I don’t feel that there is freedom [in Glovo]. You have freedom, but it’s a freedom that has consequences”. Most succinctly, one part-time rider responded my question about how he felt about the job by simply saying that it’s “Shit. Complete shit.”

Both of the above groups of riders have medium “Excellence Scores”2. This means that while many of these riders are trying to work more hours, they can’t. Normally, these riders are only allowed between 10 and 25 hours a week, depending on the whims of the algorithm and how many hours the higher-scored riders have already taken.

These individuals get to work as many hours as they want, normally 9 to 10 hours a day, at least six days a week

The final group are the veterans. These are people who entered Glovo when it first came to the city in 2017, people who have perfect “Excellence scores” and take the job very seriously, essentially as a full-time job. Because of their high excellence score3, these individuals get to work as many hours as they want, normally 9 to 10 hours a day, at least six days a week. On the one hand, these workers have expressed a certain amount of satisfaction with the job. Many have come from worse conditions, like traditional package delivery companies such as DHL and UPS, where they had to work even more hours and never had a moment’s rest. On the other hand, they generally have admitted to me that they are aware that compared to most jobs, they aren’t getting a great deal, and they know most riders can’t get this many hours. These people make up around 10% of the Glovo workforce, and are the only ones who make anything close to a reasonable monthly profit: 900 to 1.200€ a month. For example, when I factor in the 192,50€ monthly contract worker fee and the 21% tax on contracted income, the rider from the La Razon article takes home 881,88€ a month for working 42 hours a week, resulting in an hourly wage of 5,24€, signficantly less than minimum wage4.

But even this relatively higher paycheck comes with its own downsides. These riders put in around 60 hours a week, something that would be blatantly illegal if they were contracted workers. This does not amount to an innovative way to create quality jobs. It is a form of self-exploitation that Glovo has made possible through an application that encourages working as many hours as you can, as hard as you can. It is a consequence of Glovo’s technological ideology, born in the neoliberal heart of Silicon Valley, which tells us that the only way to succeed is by working harder, not fighting for your rights as a worker.

Lastly, to understand Glovo’s relationship with its workers it must be taken into consideration that this is an extremely dangerous job. While data is difficult to come by, transportation in general is listed as one of the most proportionally risky professions in Spain, and an average biker can expect a serious accident around every 3,200 km. The rider from La Razon has biked more than 10,000 km in his two years with the company. The first death of a rider happened in May, but this was by no means the first accident to occur. I have heard about and seen multiple accidents during my three months working as a rider. I had more than a few close calls myself. The week after the 22 year-old rider was struck and killed in Barcelona, a rider was hospitalized in my city of Vitoria-Gasteiz after being hit by a car. In a conversation with a Barcelona representative of the union ridersxderechos I was told that while hard data is hard to come by, they are informed about road accidents among riders “two out of every three days”.

[Glovo] is not responsible for any damages, personal or material, that the Independent Professional may suffer during the realization of the deliveries, and as such they should take out a civil liability insurance policy of their own"

This is one of the most dangerous jobs available, and Glovo takes no responsibility for the safety of its riders. The insurance policy that the company so widely publicized after the death in Barcelona covers the company in case of lawsuit, and another policy covers the value of the packages we carry, but from what I was told during my time at the company, neither protects the riders themselves. The contract I signed specifically states that “The Independent Professional accepts and assumes all risk associated with the task or micro-job...[Glovo] is not responsible for any damages, personal or material, that the Independent Professional may suffer during the realization of the deliveries, and as such they should take out a civil liability insurance policy of their own.”

This excerpt from my contract is really all anyone needs to know about Glovo’s relationship with its workforce and how much it values their wellbeing. They spell it out for you in black and white, if you only take the time to look. 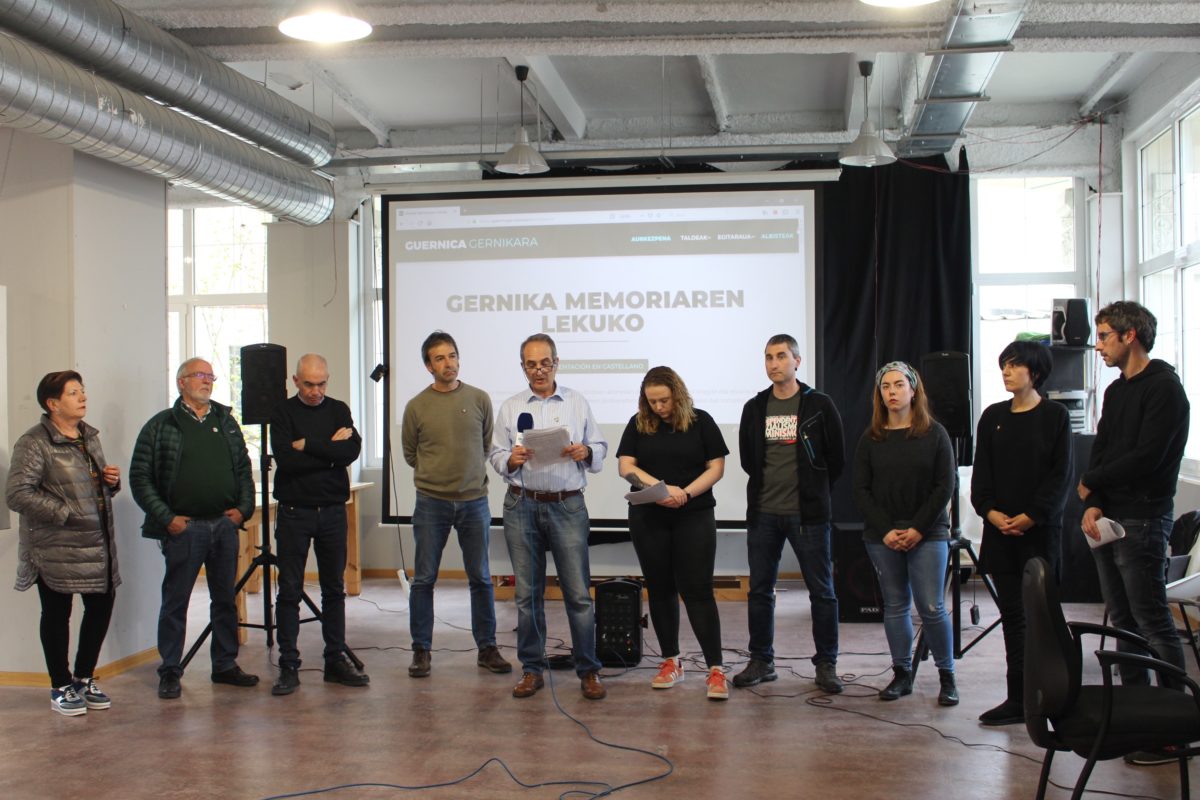 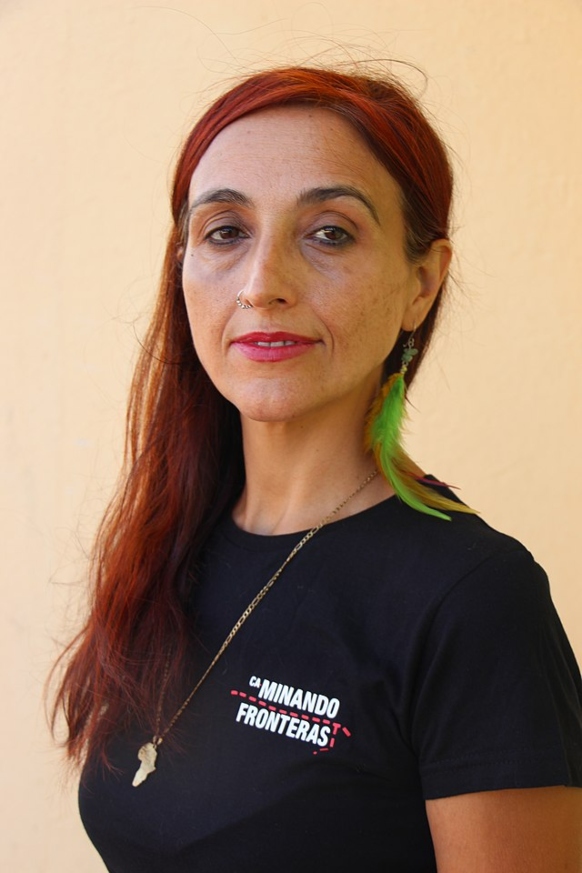 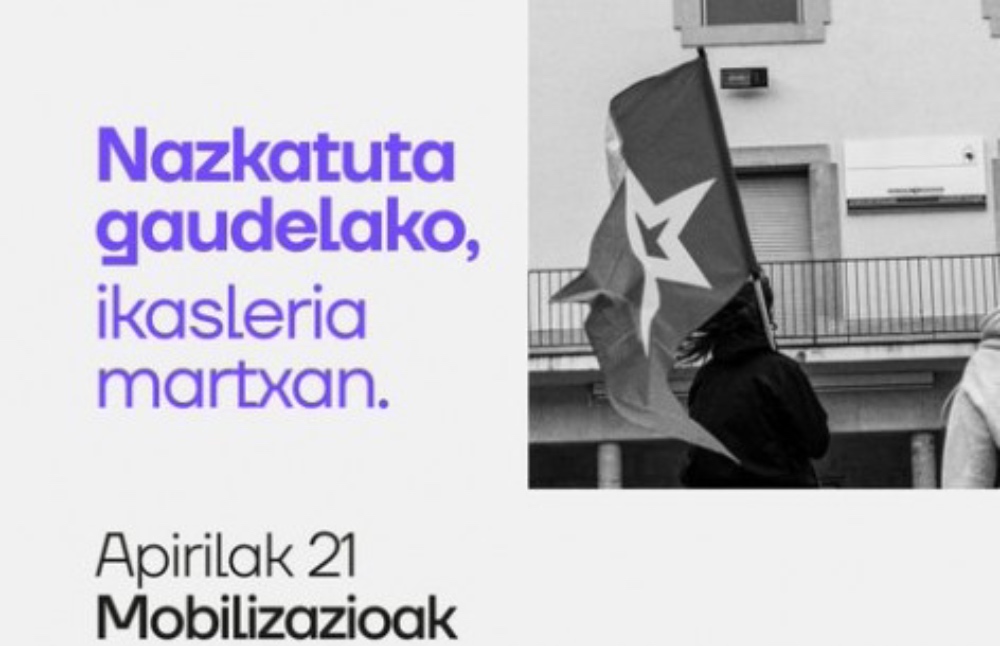 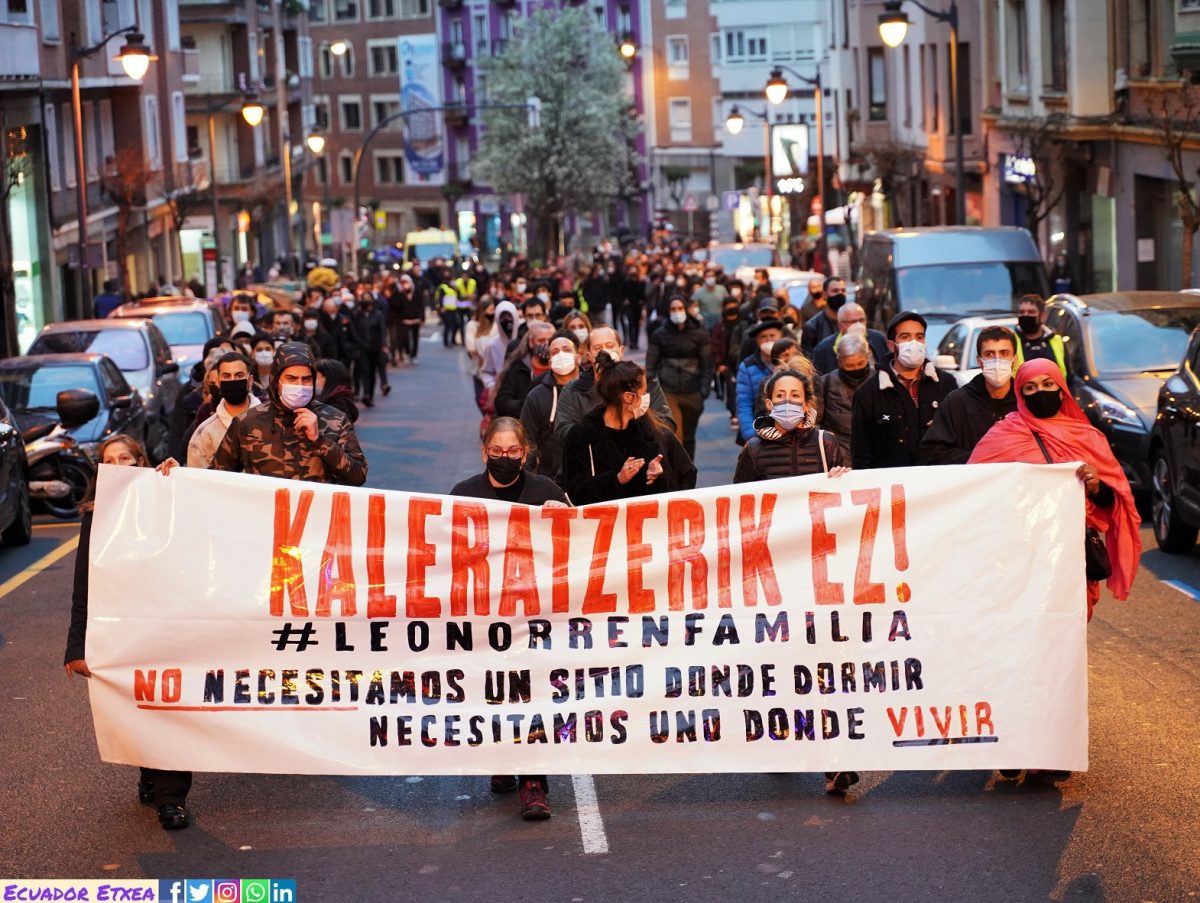