A call for 600 years of sentencing for supporting Basque prisoners 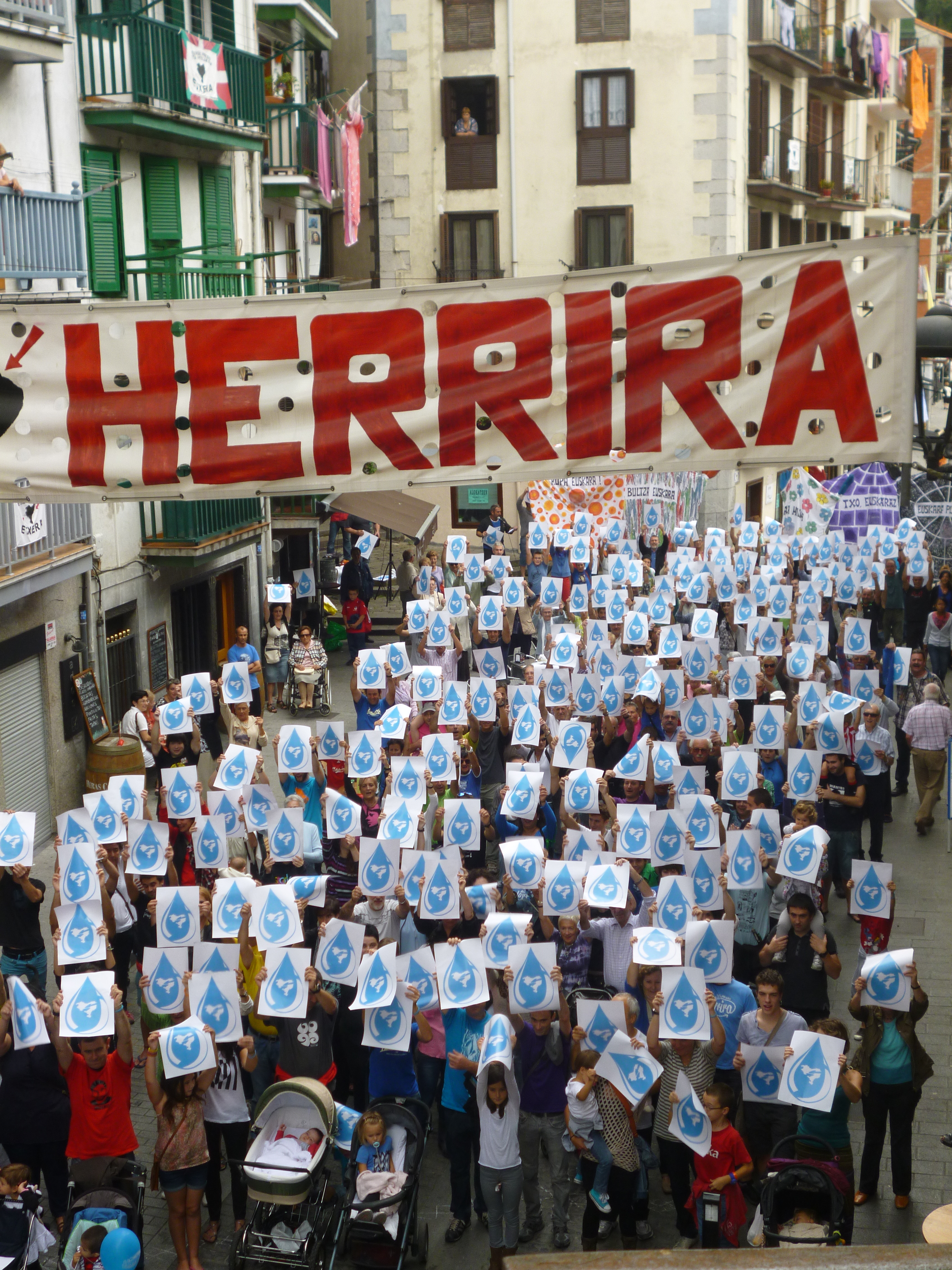 The Herrira movement was set up in 2012 and the National Court ordered the police operation against it in September, 2013; a total of 48 people on trial in the Herrira case.

On 20th October, 2011, ETA communicated its most important decision ever to Basque society: it was going to give up its armed struggle. The whole of society now believed what the armed band had said, from wary offices in Madrid to every household in the Basque Country. There was a date for the suffering to end.

Basque society got a terrible weight off its back, and took another one on, believing it would have better luck than Sisyphus: it was time to start constructing peace. Work on truth, justice, compensation and similar ideas was carried out in many different places.  Hope began to spread to many different areas, even reaching the Basque political prisoners.

It was no secret that things were not going to happen as they had in Ireland, where giving up arms was negotiated in exchange for prisoners being released. The Basque Left knew that anything offered to the prisoners would come slowly, in particular releasing them. But not this slowly. No steps at all were taken with regard to ill prisoners, to bringing prisoners closer to the Basque Country, or to any other improvements. Nor have they been yet. To the contrary, rather than implanting a more flexible prison policy, the PP's government has given prisoners' support groups harder punishment than ever. During 2012, 2013 and 2014 they arrested 48 people involved with Basque prisoners' support groups, and took them to trial: "They were all ETA".

That was the context in which the Herrira ('Back Home') trial –in the Spanish National Court's terms, "the Prison Front trial"– began under the terms of law 11/2013. Lawyers have defended ETA prisoners ever since the beginning in the 1960's, as have broad sectors of society, which have provided economic and political support, organising themselves in many different ways. The same is true for 1978, 1998 and 2017. The National Court calls it ETA's "Prison Front", and it is calling for 48 people who it has accused of forming part of that to be imprisoned for between 8 and 21 years.

Rather than implanting a more flexible prison policy, the PP's government gave prisoners' support groups harder punishment than ever in 2012, 2013 and 2014.

As part of the "Everything is ETA" doctrine, the Pro-Amnesty Movement and the Askatasuna ('Freedom') movement were made illegal by the National Court at the beginning of the last decade, and it has sent dozens of people to prison. According to the Court, the Herrira trial is the last chapter of that story: some other people led ETA, and so did these other people, it says, and the members of the management and people employed by the movement know who those people are.

It is all a matter of acting against the so-called "Prison Front", which cannot be linked with ETA in legal terms, and one sign of that is the fact that the Spanish justice system was only able to make the Pro-Amnesty Movement illegal in 2001. It is well-known that while ETA was using arms it was argued that "everything was ETA". But how can judge Eloy Velasco – who issued the order – justify what is going on after ETA has given up its armed struggle? When it was decided to stop using arms, the "previous terrorist action" turned into "combining forces", "the latter being a way of describing the entire Basque Left's new strategy, their 'democratic process', the objective of which was to bring together as many political and social forces as possible in order to get recognition for the Basque Country as a nation and the right to self-determination".

To put it another way, it made no difference that ETA had stopped using arms and tried to hand them over; and it would make no difference if they started selling dolls on street corners: it is not a matter of what they do, but of who they do it for. The Public Prosecutor believes that people who offer the prisoners support all answer to ETA, the people on trial know that and, so, they are members of ETA.

The judge separates the people on trial into five groups: the Herrira movement, lawyers, the EPPK intermediary group, Etxerat and Jaiki Hadi (an association concerned with prisoners' physical and psychological health). All of the activities they are accused of took place in 2012, 2013 and 2014: raising money for EPPK prisoners, organising pro-prisoner campaigns, organising tributes when they were released, legal defence work, medical and psychological care, working as intermediaries with other organizations… Several groups take care of their coordination, and they are known as the Coordination Area or the Coordination Group. "Halboka" (incorrectly written with an 'h' in the court papers) is in charge of all of them; according to the police, that is ETA's "Prison Front" leader. Ten Basque people are being tried as being members of "Halboka".

According to the Public Prosecutor, "They say that the people at Herrira are connected with Pro-Amnesty or Askatasuna in some way, but those organizations do their own thing". Furthermore, they do not have the same objectives. “EPPK's political control” (…) “the cohesion which EPPK gives the prisoners are the key to their loyalty to ETA, the development of the terrorist organization's new strategy and its success in achieving its objectives”.

That is peculiar, because on other occasions the Public Prosecutor has said that EPPK prisoners not accepting the Spanish prison laws is key for ETA, and that, too, is the purpose of the "Prison Front". EPPK, on the other hand, after debating the matter from 2011 onwards, has announced that it will accept Spanish legality. It started that internal debate in 2011, and at the end of 2013 announced that "it recognised the damage which had been done" during the struggle, and that it was going to discuss accepting the individual options offered by the Spanish legal system. In July 2017 it announced that it agreed to EPPK members accepting individual advantages as long as two lines were not crossed: stating repentance and reporting others.

In 2012, when Herrira was set up, it announced that its main task was going to be helping EPPK prisoners and refugees go through their processes by facilitating communication between the prisoners and society and, in fact, enabling prisoners, too, to be stakeholders in the orderly end to violence.

The judge on the case does not consider the fact that violence has ended is important; he believes that many documents show that the organizations and associations connected with the prisoners are connected with ETA. However, that does not seem to be wholly clear as the judge, at the beginning of the case documentation, says of the association that: "In the documentation under examination there are no documents stating a clear connection between Herrira and ETA". So how can members of Herrira be members of ETA?

The judges, too, have their doubts about the trial

In fact, all of the evidence which the prosecutors mention are from before 2012 and, so, they should not affect the people on trial. That, at least, is what prosecutor Cándido Conde-Pumpido says in response to suspect Iñaki Goioaga's allegation. The judges turned down Goioaga's allegation that he should not be taken to trial, but they also made many interesting points about the evidence: "At present the possible crimes which are on trial cannot by examined using documentary proof from much earlier because that would lead to a serious risk of anachronism".

In response to the allegation: “the precise period in which the possible crimes took place must be taken into account – 2012, 2013 and 2014 – a period after the terrorist organization had stopped using arms”.  Further still, it is underlined that "activities aimed to make ETA disappear once and for all" cannot be judged as membership of or criminal collaboration with ETA, especially when they are "not aimed at carrying out terrorist activity".

There are many doubts, but Jose Ricardo de Prada took this judgement from the Criminal Trials' Second Section and made it public in his individual conclusions. He did not agree, for many reasons, with these people being brought to trial. For instance, he believes that the police reports draw "many subjective conclusions" and "go beyond objective facts". It cannot be deduced from the evidence found and the interpretations made of it that "there were terrorist activities.  To the contrary, they make very clear the difference between terrorist activity and the transition into politics". De Prada states that activities aimed to achieve political solutions cannot be tried and that "not accepting prison law" may have consequences for the prisoners, "but that cannot be seen as something criminal".

Many legal experts, citizens and others believe that a trial like this should not be viable in a state of law, but that in the anti-ETA struggle any type of exception is possible: before, it was a question of defeating the armed organization and, now, it is a matter of vengeance in order to hinder the peace process which Basque society needs, or to punish Catalan separatists. 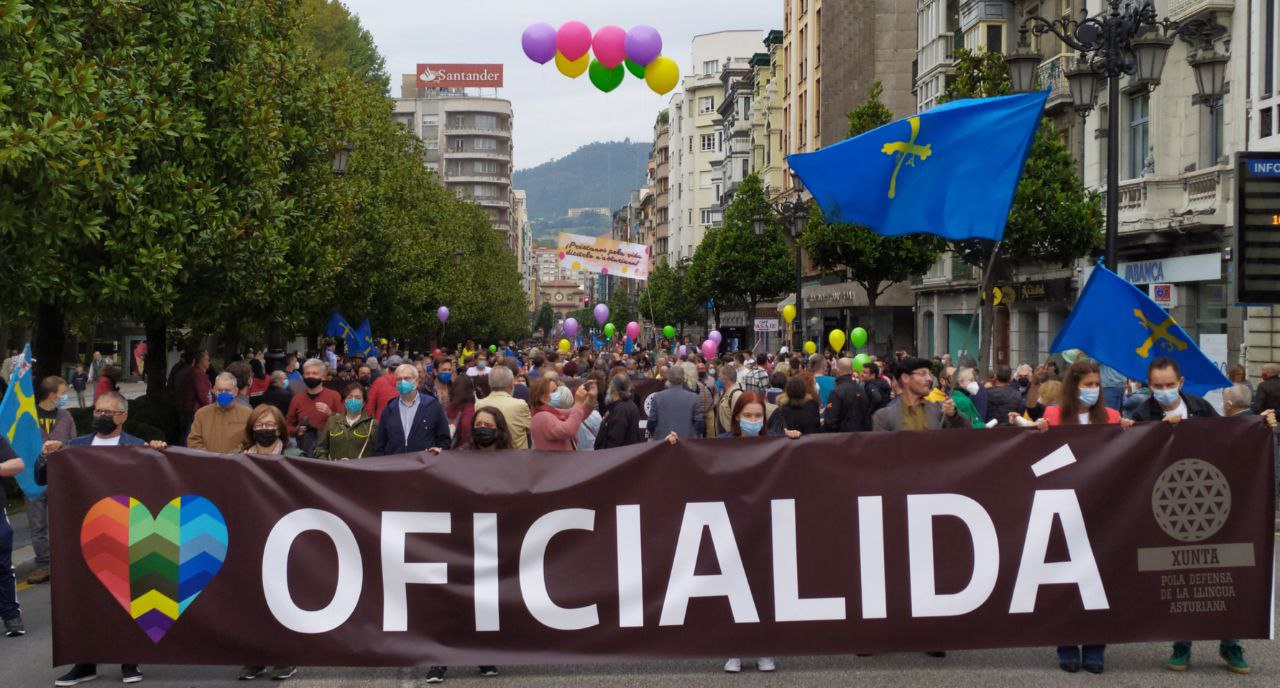 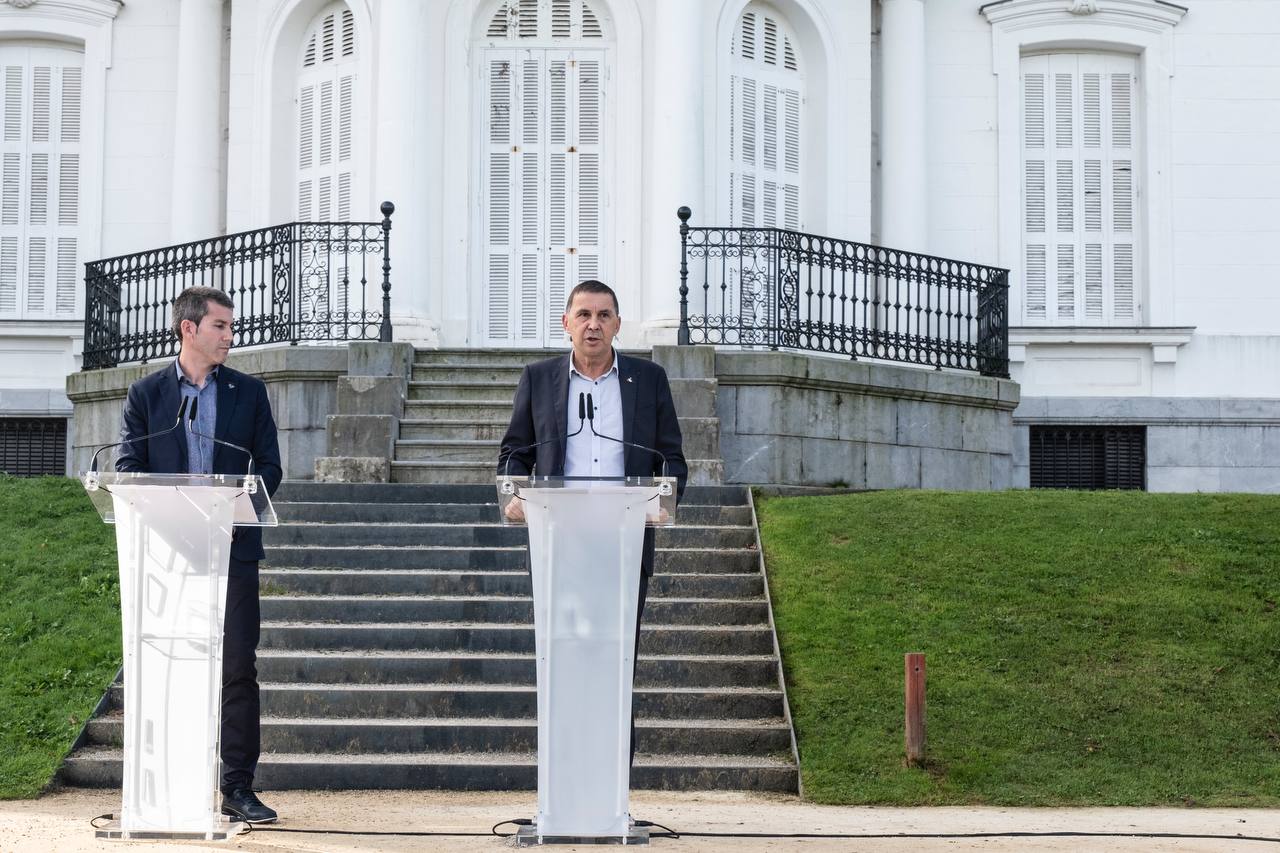 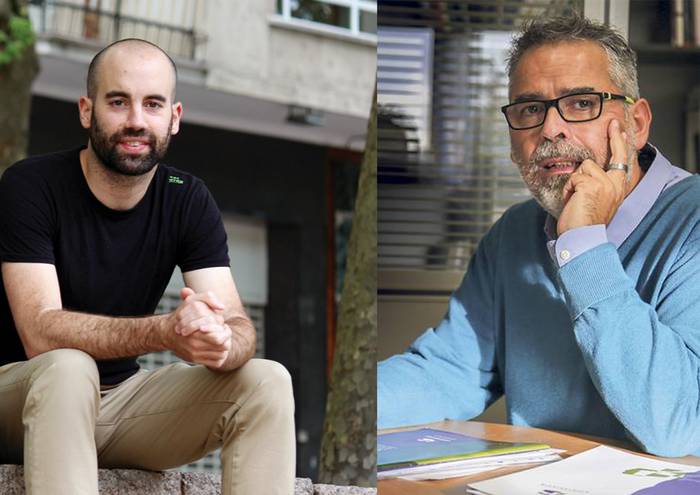 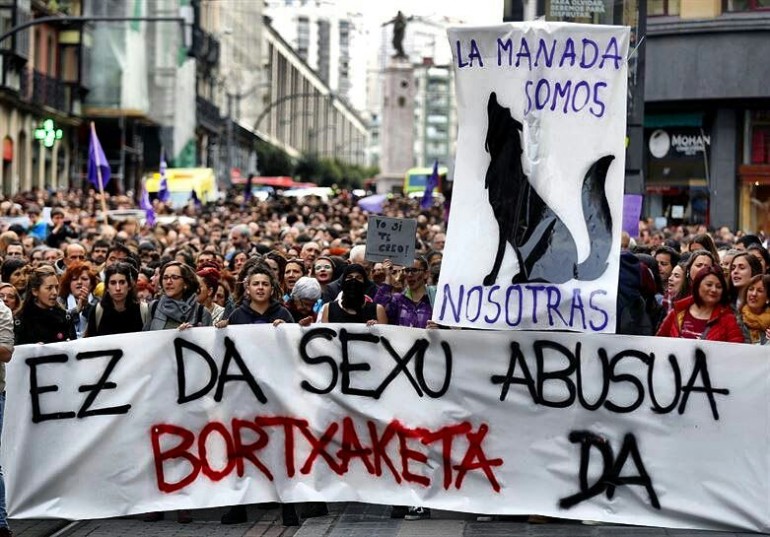 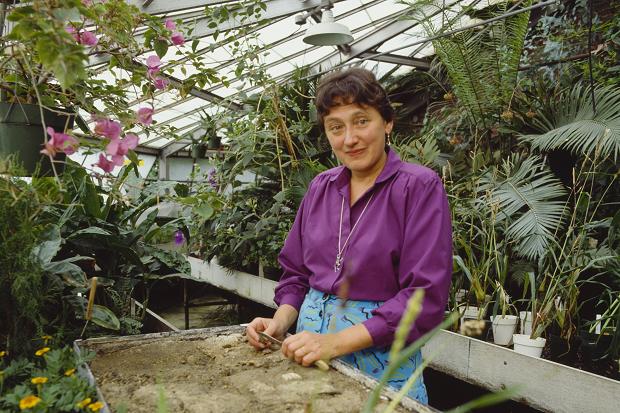 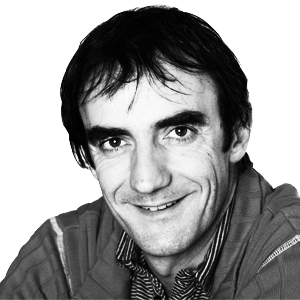